Get into the swing of it

Ever want to build more strength or up your endurance game?  Now that everyone is working out from home, or most of us, having mobile equipment that we can use to do multi-faceted exercises is a great outlet!

The eye-opening true diversity of kettlebell exercises can be overwhelming at times, but one main staple that most of you have heard of, and performed, is the “swing”.   Kettlebell swings engage the hips, glutes, hamstrings, lats, abs, shoulders, pecs and grip for an all over extreme fitness movement.  A Russian friend of mine once said to me, “the kettlebell is unique and is used for general fitness because you can swing it.  You can’t swing a barbell or a dumbbell”.   Kettlebells are simple and that is one of the things that I like about them; now let’s talk about the movement of the swing that make it easy to learn.

There are some super easy, progressive movements that can be practiced in order to feel and understand the movement.  The hip hinge comes first.  This is where the body creases at the hip in order to produce maximum power from the thrust, as the hips move forward forcefully driven by the glutes.  One way for us to effectively learn how this feels is to plant your hands in the crease of your hips, while driving the glutes back; so you feel the hip flexors engage – as though you were performing a sit up.  This process will ideally bring the body into a quarter squat making sure the glutes are moving backwards, and not down towards the floor.  When practicing this movement you can grab a box, stand a foot or two in front of it and squat back to the box making sure that the back does not round, the knees do not roll inwards and that your weight is stable in the heels.  Make sure the box is not too low, it should be just in the range of where you would position yourself for a jump squat.

Once you have perfected the hip hinge, add a vertical jump for explosion through the hips.  Ideally you want to perform the first part of your box quarter squat, let the weight roll into the heels and jump straight up with full glute power.  Practicing this movement allows you to feel the force of the hip thrust, the squeeze of the glutes, and the straightening of the knees.  Once this has been mastered, you are ready to add the kettlebell.

The swing starts with the “hike of a football” back between the legs, the back and core are tight, the arms holding the bell stay straight, but relaxed; and the head is looking forward.  As you drive your hips forward, just as you did during the vertical jump, the bell will follow an arc and come up into the air with the bell being a straight extension of the arms.  At the top of the swing, the entire body should tight and in one straight line, with the arms and bell in another straight line out front.  If you have issues straightening their knees a secret to fix this is to think about driving the heels into the floor when the kettlebell comes up in front at the top of the swing.

Swings are an amazing exercise that are used by many to build strength and endurance.  So grab a bell and follow these simple steps to start implementing this power packed movement into your regular routine. 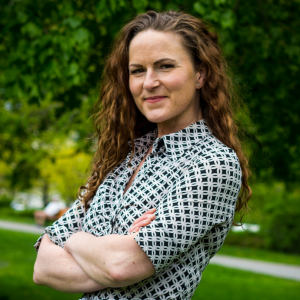